going to be bright, merry and a little bit muddy. Bring it!

The kids have been in a bouncing-off-the-walls-and-swinging-from-the-chandelier kind of mood since Christmas. Awesome. I’ve been trying to keep them busy with lots of activities, but goodness they never seem to wear down!

Little Man loves to bake, so we’ve been going on all kinds of culinary adventures this week. Tonight we attempted to make dragon bread….

You can find the recipe HERE. We used bluberries for the eyes and I guess we created a sad dragon since he was crying by the time we took him out of the oven. It didn’t turn out as lovely as I had hoped, but it was delicious nevertheless! The recipe is a honey wheat bread and it was oh so yummy.

After we slayed the dragon and drowned him in butter, the night kind of went downhill. Even after a rough evening, these two know how to make me smile. They turned all giggly and goofy after story time tonight, and they insisted on sleeping together in the same bed. Precious moments that make you forget the tough times…..love them.

Up next on the menu, blueberry breakfast cake. Who’s coming over for breakfast?

Big Brother’s first Christmas (otherwise known as balloonapalooza) was great! He did so well handling all the excitement and changes in routine. I think the hundreds of balloons helped….just a little. We had to force him to even hold or look at his other presents that were not balloons. Each time someone gave him a present, he thought it was going to be a balloon. Why would you want anything else, right? And Little Man was just elated to replace his M&M man that he lost in Hong Kong. Such simple pleasures, I tell ya. I love it.

A jolly time was had by all and now we are looking forward to a wonderful new year. I hope you all had a blessed holiday as well.

The boys and I went on a salt dough spree this past week. We decided to go with a nature-inspired theme for all of our creations.

For the salt dough, all you need to do is mix 1 cup flour with 1/2 cup salt and 1/2 water. It helps to have 2 sets of eager little hands ready to help you.

Knead the dough a few times

Now use your imagination! We made ornaments using some of my jewelry as stamps. Then we baked the dough at 200 degrees for several hours.

Then the boys made something for Daddy….

I can show this because the Hubby doesn’t normally read the blog….

Hubby, if you’re reading, turn back now or else Christmas will be ruined for us all…

The boys made a plaque that I put into a 12×12 frame and then I surrounded it with moss. I really like the way it turned out! It’s amazing what you can do with a little dough.

When I was a little girl, my mom used to bake cupcakes in ice cream cones for my birthday. They were awesome. What’s that you say…..you can bake a cupcake in a cone? Why yes, yes you can! And they are as delicious as they are cute.

It’s easy….fill ice cream cones about half-way full with cupcake batter of your choice and bake 20-25 minutes at 350 degrees.

Now go ahead, take a bite and see for yourself how awesome they are…..go on….it will be between just the two of us.

Next I would normally drench these babies in chocolate icing, but this time I decided to use them to make a snowy Christmas tree cake:

The boys and I had fun making this festive creation until someone decided it would be funny to decorate Mommy’s rear end with green icing. I guess I should have been more specific when I told the boys to start decorating or else I was going to eat all the cupcakes. Lesson learned.

Courage doesn’t always roar.
Sometimes courage is the quiet voice
at the end of the day saying,
“I will try again tomorrow.”
– Mary Anne Radmacher

Thank you for your kind words and encouragement on my last post. Having a place to be heard and understood is a great thing. Someday I will look back at that post and marvel at how far we’ve come.

This morning I woke up Big Brother with a balloon. If you listen carefully, halfway through the video below you will hear him say “no Hong Kong school.” I know for sure that he cannot yet grasp the difference between orphanage life and school. I understand. Now we have something to move forward with and we can find a way to help him.

He is capable of so much. He counted the legs on this caterpillar and wrote the number 10 all by himself the other day at home with me:

He is learning to recognize simple words in his books and he is even starting to put multiple words together to form basic sentences when he speaks. He can go to the movie theater and make it through an entire film. He can go to a restaruant and complete a meal without a meltdown. Over the course of the last week, he has spontaneously and without prompting said “love Mommy” to me twice with a smile on his face. He asks Little Man for a toy and uses “please” without prompting. He is feeding himself. He is learning to dress himself and even brush his own teeth. He even asked a clerk at a store what his name was [what is name?]. He is so much more than his trauma. He is so much more. He cannot be defined by his actions at school, nor the labels they slap on him. He is more, and someday he will show them all. Of that, I am sure.

Today I was allowed to stay and observe Big Brother in his preK class at school. Due to the sensitivity of the special needs of the children in his class, visitors and parents are not usually permitted to do this. But today they were having a party and so I was allowed to stay the entire day.

As I write these words, I can feel my stomach churning and I can’t even seem to catch my breath. What I witnessed today was completely and utterly devastating to me as Big Brother’s mother. His actions themselves did not shock me, but rather the magnitude and duration of them did. How in the world have they managed him for two days a week for 2.5 months? I am in shock.

First, when we entered the room he ran to another mom, jumped in her lap and said “go with you.”

Then we sat down for snack time. Out of nowhere, Big Brother jumped up, yelled “poopy,” slung himself on the table sending food and milk cartons flying, and then poured milk over another child’s head, all in the span of 3 seconds. Then he had a complete meltdown for the next 2 hours…..at the library, at the playground….at the party. He layed on the ground screaming and kicking. Nothing helped. Nothing. Then he would kick and hit his teacher, then the aids, then me when I tried to intervene. He destroyed the classroom bit by bit. The only words he spoke were potty words, usually right as he sprung into a rage. He covered the entire bathroom in a spray of urine, on purpose. He screamed, he spit, he raged. Constant raging.

This was considered a typical day for Big Brother. Even with me there. It was as if I didn’t even exist to him.

He was in orphanage mode. You put him in an institutional setting and a flip inside of him switches. He returns to his severely autistic survival mode self and there is nothing that can be done. I watched helplessly as I saw my child act as if he were a ferral child. He was back inside that shell and desperately seeking control. He was gonna show these people who was boss.

So, I guess we stop school for now. His teacher is convinced that he just needs more time. But it’s been over 2 months and there hasn’t been any progress. If anything, I think the situation is getting worse. Big Brother is not an angel at home, but his behavior is maneagable most days. He makes improvements at home and there is a level of respect and understanding about the rules of the house. Although we have tough days, He progresses at home. It’s a much different situation at school.

I know for a fact that to him, there is no difference between school and an orphanage. As he has gained more vocabulary, he has started to express this to us. We really wanted to prep him for kindergarten next year when I have to return to work full time. That’s why we have been pushing school. Otherwise, I’d keep him home forever with me.

I’ve got nothing more.

My heart is heavy and there are no words right now. We’re not sure what comes next.

What I am sure of is that institutionalization is a downward spiral that that not only damages the brain, but the soul as well. I will be praying over Big Brother’s sleeping body tonight for peace, for divine healing. I know it’s not too late for a miracle. I know that someday, peace will come for my scared, hurt child.

-Rapid deterioration of behaviors to the point where the child exhibits primitive acting out behaviors due to profound attachment disorder and institutional trauma.

-Profound nutritional and medical neglect over the course of years which may mediate body and brain development with the gradual emergence of an organic brain syndrome impairing language, attention and concentration, development of confusional behaviors and deficiencies in memory and learning.

-Regression and “detachment” from relative healthy and normal human contact to an “attachment” to others with similar pathology. This “group model” represents survival in an alternate form of social-interaction based on modeling, imitation and developing any type of attachment in order to survive institutional life.

taken from “The Tragic Downward Spiral of Institutionalization” by Dr.Ronal Federici

Make sure children are still in pajamas even though it is afternoon. Now roll out the dough (duh, that’s what the wine bottle is for.) Bake cookies.

Decorate, making sure to stop periodically to squirt icing directly into mouth and to lick sprinkles from the table. Don’t forget to use your cell phone to beautifully capture the moment.

Now crack open that rolling pin while the kids run laps around the house, and then post your brilliance to the blog for all the world to see. And don’t forget to clear some space on your mantle for that award….

Feeling better about yourself? You are welcome! 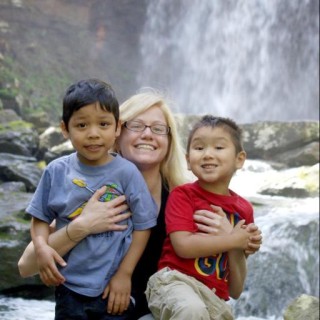 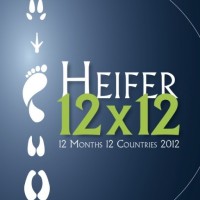 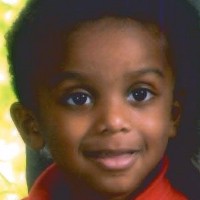 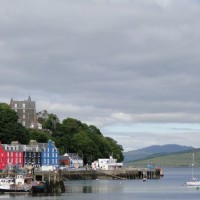